SUBMISSIONS ARE OPEN FOR ARCLIGHT 2023!

Submissions for The ARClight Student Film Festival are officially open!
We are accepting student films -- 10 minutes and under -- in any genre. Submit to FilmFreeway.
Regular deadline is March 15, 2023.
Late deadline is April 4, 2023 (with a $5 fee)
The festival screens at John Hersey High School on April 29.
Posted by Bruce Janu at 7:56 AM No comments:

Bruce Janu, the festival director of the former CinéStudent Film Festival, is currently the new librarian at Hersey High School and the new JHHS Film Club Sponsor. It only seemed natural to bring the festival into the ARC at Hersey.

Posted by Bruce Janu at 7:26 PM No comments: 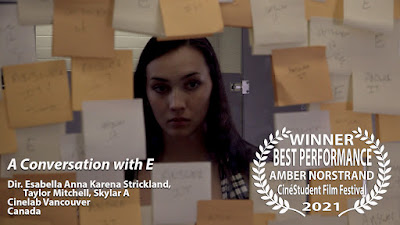 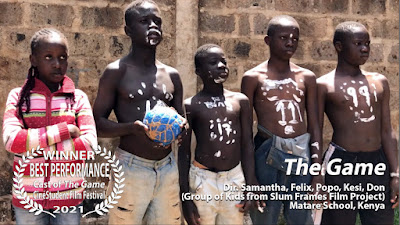 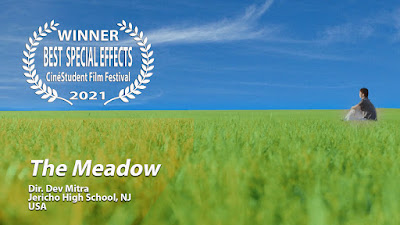 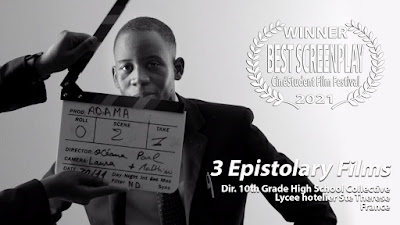 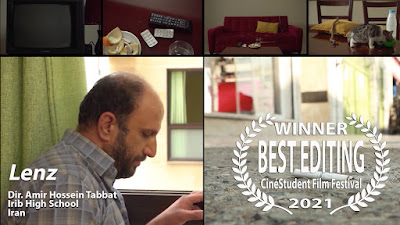 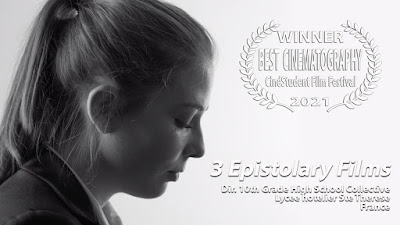 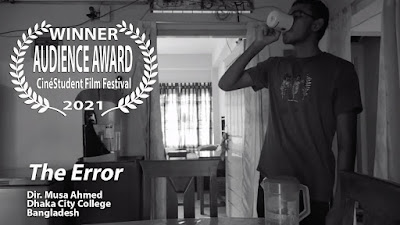 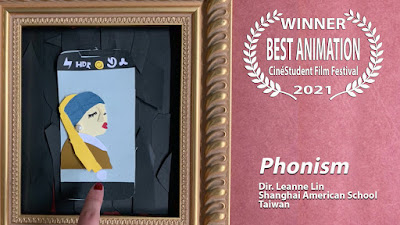 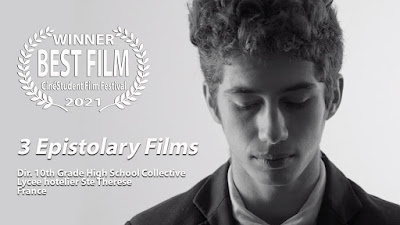 Coming up at 1pm, Eastern, the winners of CSFF 2021 will be announced LIVE, followed by a replay of the winning films.  Thank you everybody for making CSFF 2021 so great this year!

Posted by Bruce Janu at 8:11 AM No comments:

You can access the live stream on YouTube here. Or watch below. Chat will be available on the main Youtube stream. Enjoy. If you haven't downloaded your program, do so here.

Posted by Bruce Janu at 2:35 PM No comments:

Get ready for the show! The 2021 CSFF Official Program is available for download.  There is also a score sheet so you can judge the films, too! There will be an opportunity after the screening to vote on your favorite film.  Download the program here.

Elk Grove High School Hosts the World at the 2021 CSFF

What started out as a small student-centered film festival hosted by Elk Grove High School has now turned into an international event.

The CinéStudent Film Festival is in its seventh year, and has accepted films from students all over the world. This year, in spite of COVID, the festival has received the most submissions it has ever had, most from places outside of the United States.

“It’s astounding,” said Bruce Janu, the director of the CSFF. “We have had submissions from places that have never submitted before. In fact, only 41% of the submissions came from the United States this year.”

Among the countries represented at this year’s festival are Iran, Egypt, Canada, France, Ireland, Kenya, Indonesia, Poland, Taiwan and Hungary. And that’s just the few who were selected for the festival. Many more submitted.

“All told, students from some 25 countries had submitted this year,” said Janu. “Unfortunately, we couldn’t accept them all.”

The festival is all virtual again this year, and will stream live on Friday evening starting at 7pm on the CSFF website and YouTube channel. The show will run about 2 hours or so, with an opportunity for a global audience to vote on their favorite film at the conclusion of the screening.

Then the winners will be announced on Saturday at 1pm, with awards for Best Performance, Best Cinematography, Best Special Effects, Best Screenplay, Best Animation, and Best Film. Plus, an Audience Award will also be given.

More information can be found at http://www.cinestudentfilmfest.org

Posted by Bruce Janu at 8:32 PM No comments: