There is much talent being fostered in High School District 214. As part the CinéStudent Film Fest experience, each year we will highlight a District 214 graduate who has gone on to make a career in film or digital media. This year we will be highlighting Jordan Graves, a 2012 graduate of Hersey High School. 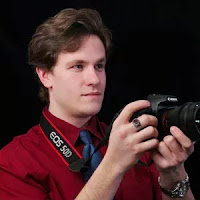 In high school, Jordan discovered he had a love for film.  In his senior level Contemporary American Texts class, Jordan and his group made a post-apocalyptic thriller,  Ruin.  That film went on to win the "Best Narrative" category at the 2012 Chicagoland Student Film Festival hosted by the Latin School.

Currently, he is studying film at DePaul University.  A 2014 short he made entitled Little Black Book will be shown at the 2015 CinéStudent Film Festival.  This film was an official selection of the 2014 Local Shorts Festival held at the Catlow Theater in Barrington.

Watch Jordan's cinematography reel below and join us at the festival Saturday, May 9 at 7 pm.


Posted by Hersey ARC and Storytelling Center at 8:02 AM